They can tear down all of the statues and monuments they think are racist. They can destroy all of the books and stop teaching anything that remotely touches on racism but they only serve to magnify the issue and not for discussion and learning but to further divide the races and create more racism while solidifying it as part of our foreseeable future.

Just as California became a sanctuary State to harbor criminals and yes illegals are criminals, they've only served to bring more agents and federal resources to their state to eradicate the illegals.

You cannot end a culture of hate by doing the same thing to eliminate the cause of the issue in the first place. You can't erase it, you must embrace it. You can never know where who you are unless you know where you came from and you will only be destined to repeat the process. Slavery is not a pariah but a badge of honor and blacks should be proud of that history. Look at what you've done. You've fought your way out of a hole that runs to the center of the earth. Truly see where you are today not something that a politician tells you. You have access to everything that whites have and then some. You should not want preferential treatment but shun it because you are equal.

The only way you ever become equal in the eyes of the lord and humanity is to act that way. You act inferior then you are inferior. 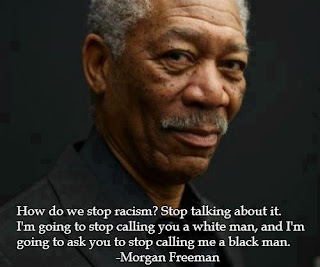 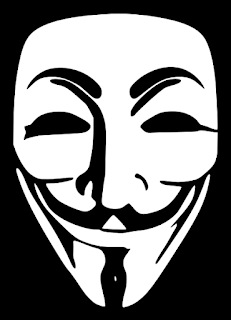 Is Antifa trying to compare itself to Guy Fawkes in their attempt to overthrow our government? Not only would the objective be the same but the means by which they would use to accomplish that objective.

[1] Robert Catesby led a group of English Catholics in 1604 which Guy (Guido) Fawkes became involved with and planned to assassinate King James. King James was a Protestant, so you can see the similarities with fighting between Protestant and Catholics in the present day United Kingdom. He planned to replace him with his daughter who was Catholic and third in the line of succession to Princess Elizabeth.

Fawkes was caught in the early morning hours on November 5th and tortured until his execution on January 31st 1605. 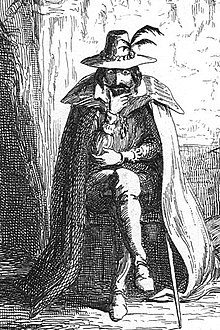 [2}Excerpt from Philly Antifa  About Us page and stated objective;

We are in direct conflict with Racism, Homophobia, Sexism, Anti-Semitism, Islamophobia, Transphobia, and all the various other flavors of Fascism.

Philly Antifa are anti-authoritarians and anti-nationalist. We do not work with the state or any groups/individuals who seek to “reign us in” or otherwise control us. We do seek meaningful partnerships and alliances with groups and individuals we feel are working towards similar aims.

[3] Excerpt from NYC Antifa About Us page and stated objective;

Since 2010, NYC Antifa has been dedicated to research on, and action against, fascist cultural and political organizing in New York City.

[4] Excerpt from Wikipedia {United States} and stated objective;
Antifa is a political movement of autonomous, self-styled anti-fascist groups, including in the United States. They have been described as being left wing to far-left. The distinctive feature of self-described Antifa groups is to "oppose" Fascism in direct action, including the willingness to use violence. Activists in Antifa groups tend to be anti-government and anti-capitalist, and often anarchist.
In the writers opinion Fawkes was trying to install a different religion in his country by removing the King and using violence as the method. Antifa is set to use violence or whatever means necessary to topple The Republic of the United States. I still don't get it. What do they want?

Here are a few video's attempting to explain the reasons behind the planned November 4th 2017 Antifa riots. Sorry, did I say riots? I meant rallies:

In conclusion these are not the same. Guy Fawkes was trying to change a government which controlled every aspect of your life and yes even religion. This would be anti-fascism.

Antifa is trying to change a government which allows freedom of speech, movement, religion and the pursuit of happiness. Now that's downright fascist!

It appears own media and liberal leaders support Antifa. Well, if they don't publicly their passive support and silence in not condemning Antifa certainly gives rise to violent insurrection.

Our country is at THE CROSSROADS! I say THE CROSSROADS and very loudly because if this was only another mundane crossroads we could survive it with little effort on both sides but this is the big ones folks. We've all learned from history that violence is necessary for both sides, right and wrong, to accomplish their objectives.

We cannot be blase about our support for either side. We must pick a side with vigor and commitment like all Americans have done since 1776.

Good to know all of this can be stopped when both sides stop fighting like 1st grade school girls over some lunch money and talk like adults or is that asking too much?

[1]  https://en.wikipedia.org/wiki/Gunpowder_Plot ;This article is about the historical figure. For other uses, see Guy Fawkes (disambiguation).

[2]  https://phillyantifa.noblogs.org/aboutdonate/ ;This information was taken from the Philly Antifa site About Us page.

[3] https://nycantifa.wordpress.com/about-us/ ; This information was taken from the NYC Antifa site About Us page.

[4] https://en.wikipedia.org/wiki/Antifa_(United_States) ; This information was taken from the Wikipedia Antifa (United States) page.

[5] https://www.youtube.com/watch?v=esg17G5sVDE ; This video was posted at YouTube by The Infowarrior.

[6] https://www.youtube.com/watch?v=gaWsJAET49A&t=43s ; This video was posted at YouTube by Wiki Tube.

From our Friend, Brian Flood, The Wrap

Pittsburgh anchor Wendy Bell has been fired from ABC affiliate WTAE for a recent Facebook post in which she used racially stereotypical language in talking about "young black men."


"They are young black men, likely teens or in their early 20s," Bell wrote. "They have multiple siblings from multiple fathers and their mothers work multiple jobs. These boys have been in the system before. They've grown up there. They know the police. They've been arrested. They've made the circuit and nothing has scared them enough. Now they are lost. Once you kill a neighbor's three children, two nieces and her unborn grandson, there's no coming back. There's nothing nice to say about that."


READ THE ENTIRE ARTICLE FROM THE WRAP

What was wrong with what she said?

Was this one of the things she was saying?


and of course Whites and Hispanics are almost double, but that's racist. lol READ THE REST OF THE STATS FROM THE DOJ


or was this what she was saying?


READ THE ENTIRE ARTICLE FROM LIFENEWS.COM

Blacks account for only 14.3% of the total population in the United States.

It's time we stopped calling people racists because they have an opinion about FACTS. It's time we started seeing past color and actually get to the root of the problems and fix them. Stand up, stand together or fall apart!

I could've been posting this information all day but had to stop at some point.

This kind of information is buried by the Mainstream Media and everyone else for racial purposes. 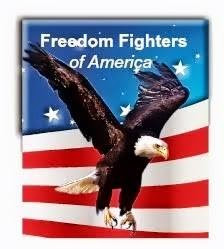 READ THE ENTIRE ARTICLE HERE FROM REUTERS AND BREITBART

Now it comes out! It's OK to mutilate women. roflmao! WOMEN OF AMERICA YOU FOUGHT FOR EQUAL RIGHTS AND GOT THEM NOW IT'S TIME FOR YOU TO FIGHT FOR YOUR LIVES AND ALL WE HERE IS CRICKETS!

Minorities remember that ‪#‎islam‬ has enslaved you for 1,000's of years so it's time to stop blaming White people and join us in fighting #islam or you will be slaves all over again. Didn't Blacks fight for equal rights just like women did? Yes, I guess you did! ‪#‎louisfarrankahn‬ ‪#‎alsharpton‬ ‪#‎jessejackson‬ ‪#‎tavissmiley‬ ‪#‎naacp‬ and the ‪#‎blackpanthers‬ are all frauds created by Blacks and Whites (‪#‎Democrytes‬) who want to keep Blacks in check and have done a good job for 50 years and will allow you all to die by the hands of #islam .

Freebies aren't free but they use them to keep you silent. Abortion clinics in your neighborhoods are their to kill off your race not to teach young Black women about birth control. Why does an organization that calls itself ‪#‎plannedparenthood‬ perform abortions on almost 98% of the women who visit their clinics and refer less than 2% for adoptions. Wake up! #plannedparenthood is a killing machine. We're not free any longer in this country. The government and elite have tried to hide that fact for years. The internet is killing their objective and that's why they want to control it!

READ THE ENTIRE ARTICLE FROM THE WASHINGTON EXAMINER

No, ‪#‎debbiewassermanschultz‬ you ‪#‎dumbass‬ ‪#‎america‬ is embracing what it needs to take our country back from the establishment. You ‪#‎dumbasses‬ have run OUR country into the ground stealing, lying and getting rich off the backs of hardworking ‪#‎americans‬ . Your greed and the greed of the poor or so-called needy has brought this country to it's knees but the winds of change are blowing at hurricane force now and you idiots can't stop it anymore. You will pay for what you've done. All of your careers are over, so take the money you stole and hide as best you can, but in the end we will find you! EVERY LAST ONE OF YOU!

Thanks to everyone for your support and we love all of you!
God Bless you and the United States of America!

You can leave any comment you want, but no vulgar language and no personal attacks.